Peter Saunder’s Group from the Hunter Region in NSW had a wind shift which allowed them to visit Saumarez Reef in the Coral Sea. During their visit the wind died down making for perfect weather conditions until their last day. Saumarez offers fish that are not as common as those at the Swains.

Here is a hansome? group of Snapper, a magnificent Coronation Trout, an impressive Blue Moari Cod, and a Flowery Cod courtesy of Reg. 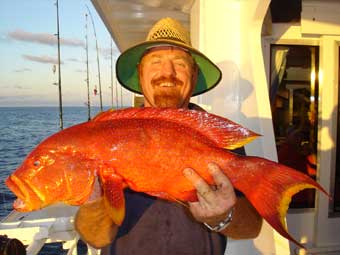 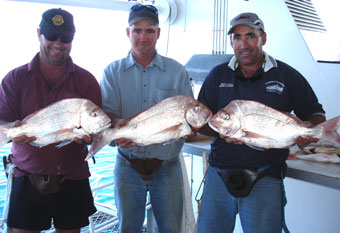 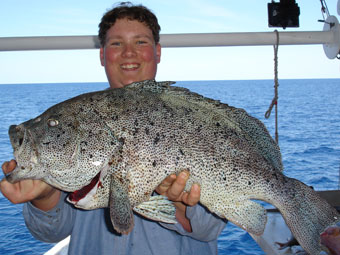 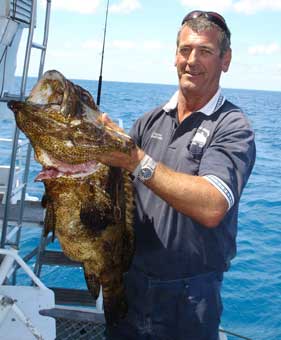