Peter Hughes’ Gang from Victoria joined Ed’s Gang from Toowoomba on a 9 day charter to the Swain’s and Saumarez Reef. A combination of pelagics from the Coral Sea and some fine table fish from the Swains were caught. 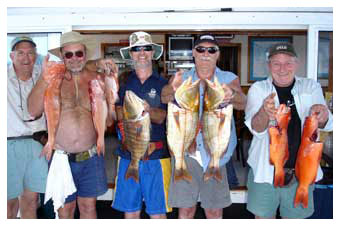 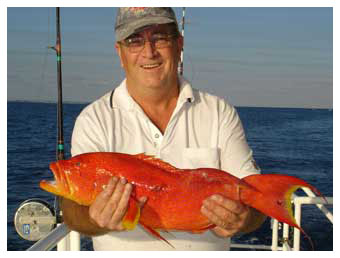 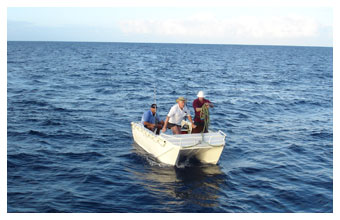 Here is an interesting Catch!- Ed managed to catch one of the reefs most beautiful yet poisonous predators. This spectacular Butterfly cod is more commonly seen in dark reef crevasses where it fans out its venomous spiny fins to catch prey, alternatively they are a common marine aquarium display. We have never heard of one being line caught and even when diving, have never seen one so large…after the photo-op it was successfully released. 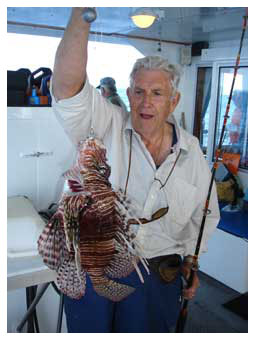