Bruce (& Reg) cruise  back to back weeks on a second charter. This week saw improved weather conditions , which allowed a visit to the Coral Sea.

Kanimbla fishing trip 14th to 21st April 2007
After the previous windy week all minds were focussed on the weather for the coming seven days of fishing.  The wind was from the southeast at 20 to 25 kn as we left the Marina, and even by the time we first entered the harbour it was obvious that the seas were nowhere near as rough as those of the previous week had been.On Sunday morning while trolling into the Swain Reefs George Calleja landed an 11.5 kg yellowfin tuna.  The morning session was at Chinaman Reef and every one got out in the dories with some of the better catches being approximately half a tub of lipper and trout. Daniel caught a good coral trout around 3.5 kg. In the afternoon we got much the same result before spending half an hour fruitlessly trolling to an anchorage near Horseshoe Reef which was in about 40 m of water.  This allowed us to fish for red emperor that night; however we were unsuccessful in this quest.  Fish of the day went to Daniel and George equally.

On the Monday morning we trolled a Half Moon Reef and Bruce Irwin showed his new skills by hooking and landing a 17 kg spanish mackerel, which went on to become fish of the day.  Daniel Brisley caught a GT around 15 kg a little later.  There were mainly trout and lipper at that Reef and Bruce Robson, Daniel Brisley, and Alexander Hunt caught a full tub of these fish that morning.  Fortunately the wind had reduced to 15 kn.  In the afternoon we went to Follett Reef where Reg and Dave got half a tub in rough conditions – where the wind was against the swell.  We could only fish off the outside of the Reef that afternoon as the Reef€™s surrounds are sufficiently shallow during the bottom half of the tide to restrict the passage of dories.  A couple sharks were caught off Kanimbla and released.

On Tuesday the wind had almost died with just a little coming from the southeast.  At Follett Reef we got some very good lipper and trout in the shallows at high tide. With a falling tide a few of the dories managed just to get out over the shallows in time, as the crews had to jump out of the boats and pull them across the coral.  There was also fishing outside the Reef and we managed over 100 packs that morning.  In the afternoon the wind developed a little bit more and we were again at Follett’s Reef but on the outside where we had good catches.  Shane and Matt shone, and they returned with a full tub.  Daniel trolled and managed to catch a 15 kg yellowfin tuna for his second fish of the day.  That night we headed to Zenobia Rock.

We motored to the rock and a few good fish were lost during a troll.  A session on the dories provided green job fish, white lipper and trout cod.  In the afternoon Reg and Dave managed to get a good tub of red throat emperor when they went into 150 feet of water.  Shane and Matt got a good mixed tub.  Bruce Erwin caught a 20 kg dogtooth tuna after a fight which lasted 15 minutes on 15 Kg line.  Fish of the day went to Alex for a 9.5 kg green job fish.  That afternoon the conditions became quite bumpy with 20 kn. of wind from the south east and it became a challenge to exit the dories at the duckboard, and for the dories to be loaded.  That night we had coral trout as the evening meal which was a magnificent repast.

Thursday morning at Zenobia saw wind in the 15 to 20 knot category from the southeast and it was too rough to launch the dories, consequently we trolled from Kanimbla.  A number of fish were hooked and lost as many hooks straightened or the line was bitten off.  Bruce Robson had 300 m of line taken off his reel and appeared to lose a fish before a shark finally was pulled back to the boat.  Steve Hunt had a good fight on his Saltiga with a jig until the hook pulled.  In the afternoon we drifted till four o’clock with a reasonable number of green job fish and trout cod.  Fish of the day went to Reg for his 5 kg trout cod.

We arrived back at Hixson Cay at Swain Reefs in the early hours of Friday morning.  Ray Earl caught a red emperor during the night hours and this went on to become fish of the day.  From 7 a.m. to 1 p.m. we fished around Hixson Cay and a number of boats got full tubs of lippers and trout.  No mackerel were caught on the troll and as we headed back to Kanimbla, had lunch, packed up, and departed for Gladstone at 2 p.m. Fish of the trip was awarded to Bruce Erwin for his spanish mackerel.  Bruce Stobo was awarded the bull shit award (as usual) for his mathematical prowess, and Bruce Robson was awarded the Fisherman of the trip. Looks like you had to be called Bruce to get an award!!The captain and crew were roundly thanked for their great efforts during the week and maintaining the high level of service that Kanimbla is known to represent.

We arrived back at the Marina at 4:30 a.m. divided up the fish, said farewell, and a departed for our various homes.

The weather and fishing were better than the previous week, and the vagaries of these two factors added to the good company and enjoyment, make these trips such memorable adventures and part of our lives. 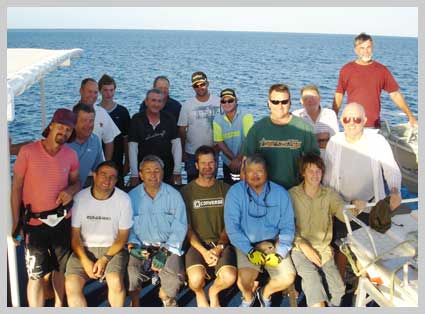 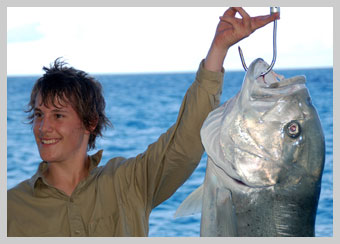 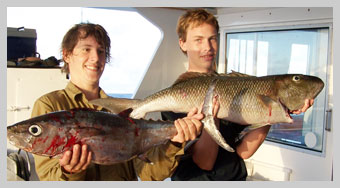 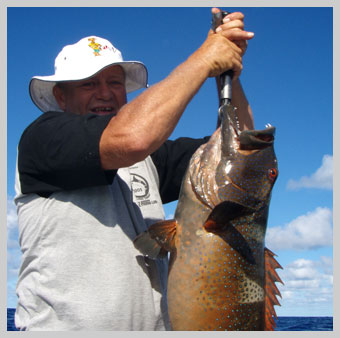 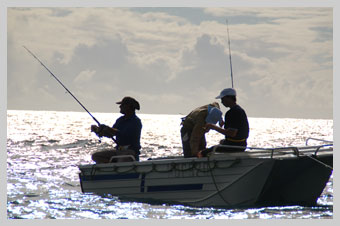 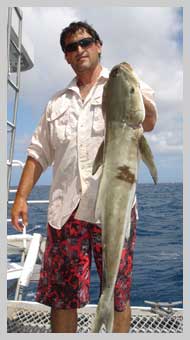 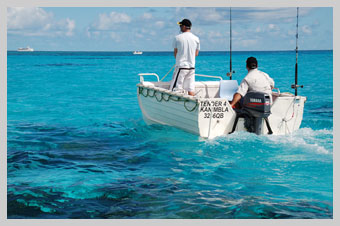 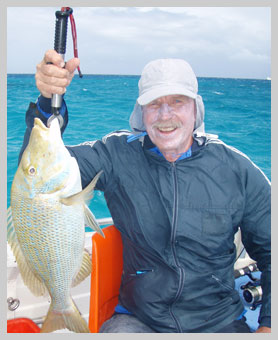 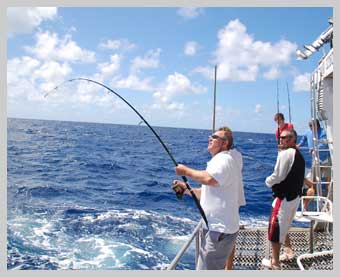 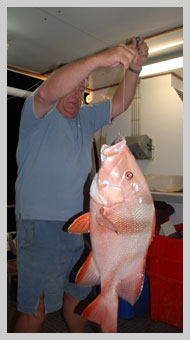