What a difference a week makes!… As the low presure system passed us by on its way to creating huge seas and flooding on the a Gold Coast and Northern NSW; this weeks group, Col Nixon – from Brisbane had mostly good weather and great catches. The pelagics in particular, were ready for a feed and an abundance of bait fish were spotted around the reefs. 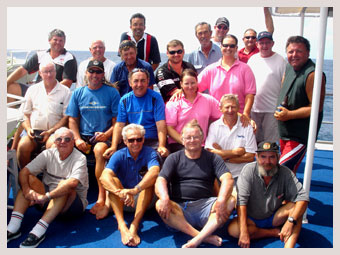 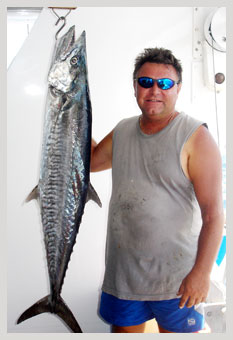 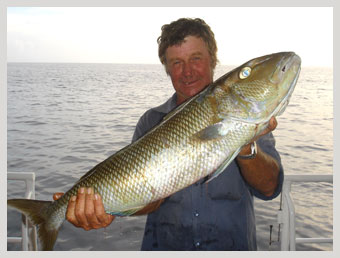 It was not only a week for pelagics ; a fine selection of bottom fish, favorites for the dinner table were also caught! 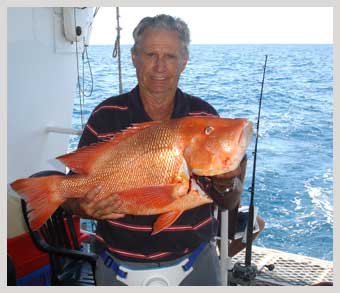 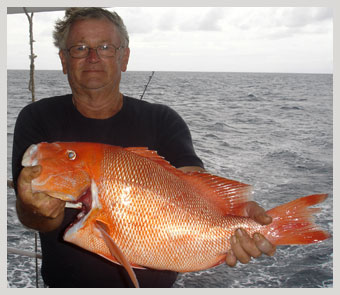 Fish identification is sometimes a bit tricky as there are many conflicting names for the same fish. For example, Glen’s Venus Tusk Fish(below) is often called a Parrot Fish. The real Parrot fish have a beak like -tooth used to graze on the algae that grows over dead coral. The beak is used in a scrapping motion. When snorkelling across the reef flats you can often hear them scraping and grazing away. They are brightly coloured often in green/blue hues. Being vegetarians, they will not take your bait.

In contrast the Tusk fish has protruding tusk like teeth used for feeding on molluscs and crustacea. The Venus tusk fish is pinky/brown with irradescent spots of blue. He is happy to take your bait and makes delicious eating! 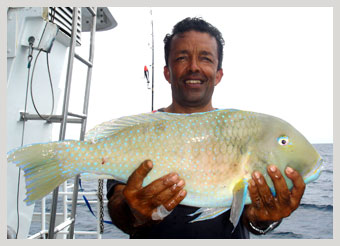